Many of the tributaries and surrounding bays are a major part of the New York State stocking program. It is because of this that each year these waters produce many trophy Salmon and Trout.

JD’s Custom Charters targets a variety of fish but specializes in:

King Salmon – Also known as Chinook Salmon these fish have serious power and make strong runs that will truly put you to the test. Once “Locked Up” you will encounter drag screaming runs of 100-200 feet of line in seconds. Battles of over 20 minutes are common and will definitely test your endurance. Depending on the time of year, they average 10- 25 pounds with many 30+ pounders caught every year……Are you ready? 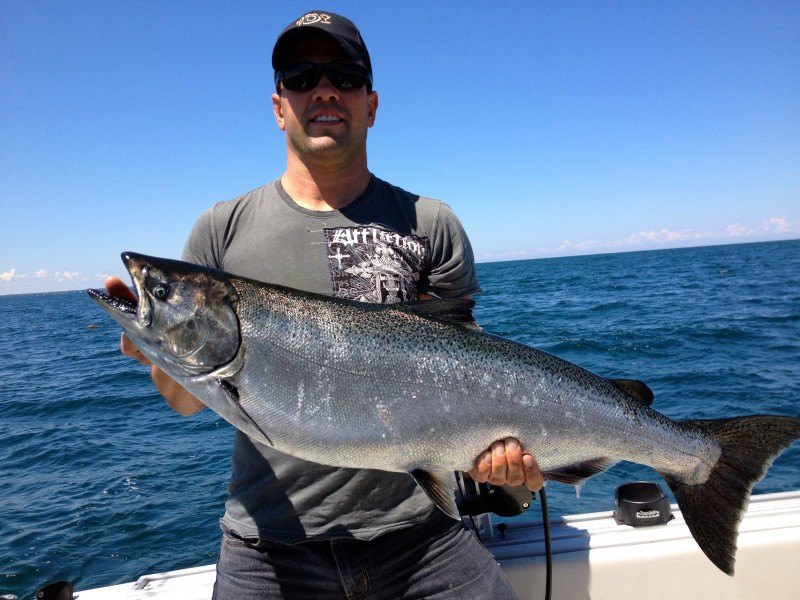 Rainbow Trout and Steelhead – These Chrome giants are known for their streamlined bodies and agility. They can make super fast runs in different directions while making multiple jumps that can reach up to 4 feet out of the water! They say if you catch 1 out of every 3 hooked you are doing well because they can be so elusive! Most fish run between 5 – 12 pounds. Giants of 15 – 20 pounds are caught every year! 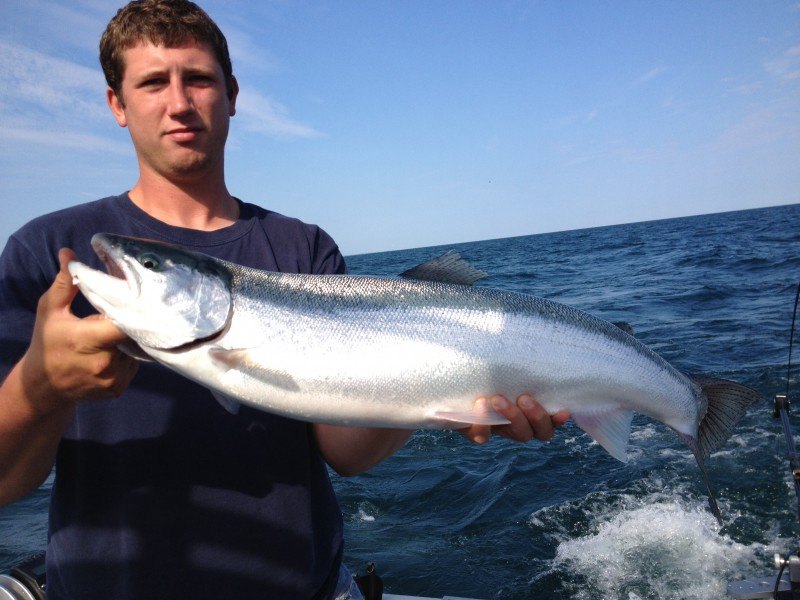 Brown Trout – A fish truly built for strong runs and staying away from the boat once hooked. I mainly target these in early march through may when the colder water makes small prey and baitfish an easy target. They tend to stack up off of major tributaries feeding on baitfish. 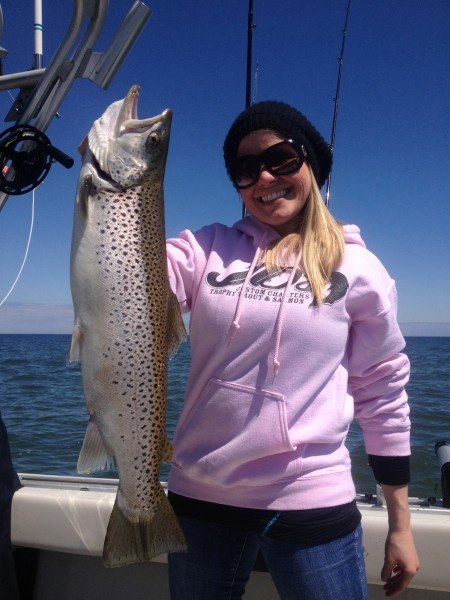 This style of fishing can result in MANY double headers and lots of action. Often called football browns because once they max out their length they pile on the width! Depending on the time of year they are usually 6-10 pounds, with fish over 15 pounds not uncommon! Giants over 20 lbs are caught every year!

Lake Trout – Not very often targeted, these fish hang out in depths up to 150 feet. Every year some 20 + pounders are caught but the average fish is between 4-12 pounds. This style of fishing can also result in fast and furious action with lots of Double Headers!! Lake Trout bite often and fight for their right to STAY on the bottom! Great for the kids and adults on light tackle! 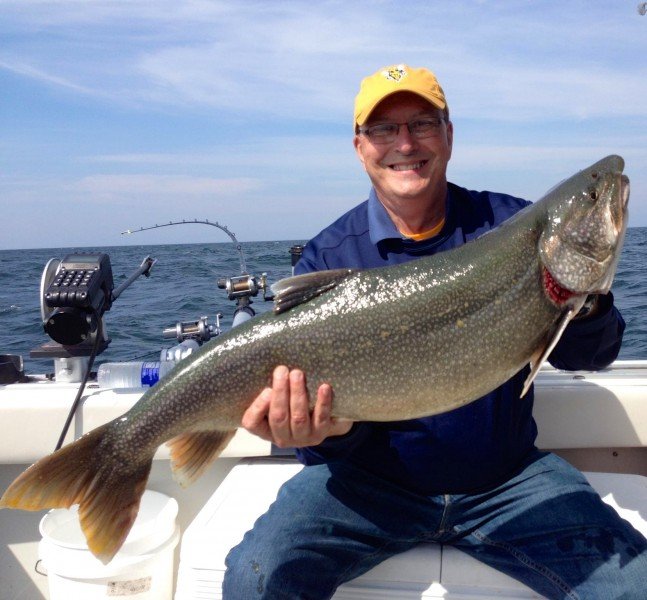 Atlantic Salmon are not a fish plentiful in numbers to target but usually come across a couple each year. These fish are actually part of a stocking program from Toronto and are the perfect combination of strength, and jumping ability. You typically know when you have an ATL on the line based on how it is jumping!! Average size is usually 4-12 lbs but have seen them over 20 lbs but that is considered rare. Thank you Canada! 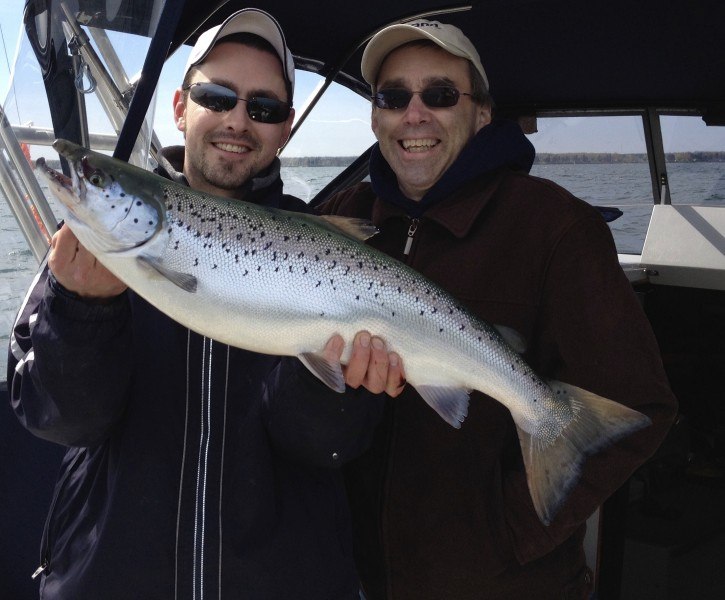 You let me know what you would like to target that day and we will put together a package that’s right for you!

“If it has fins, I have caught it and can help you catch your fish of a lifetime!”